110 ON THE APPALACHIAN TRAIL

From Greenville/Spartanburg, SC: Follow US 123 South to Westminster. Turn right onto US76 West toward Clayton, GA. Turn right at GA15/US441/US 76. Follow into Franklin, NC. Approximately 94 miles.

Directions to RABUN COUNTY, GEORGIA – On the EASTERN CONTINENTAL DIVIDE

From Atlanta: Rabun County, Georgia is just 90 miles from Atlanta. Take I-85 North from Atlanta to I-985 (which turns into Highway 441 at Cornelia) north to Clayton, the county seat.

From Asheville, NC: Clayton Georgia is 90 miles from Asheville. Take I-40 East to Waynesville and take highway 23 South into Georgia. Rabun County is the first county as you enter Georgia. 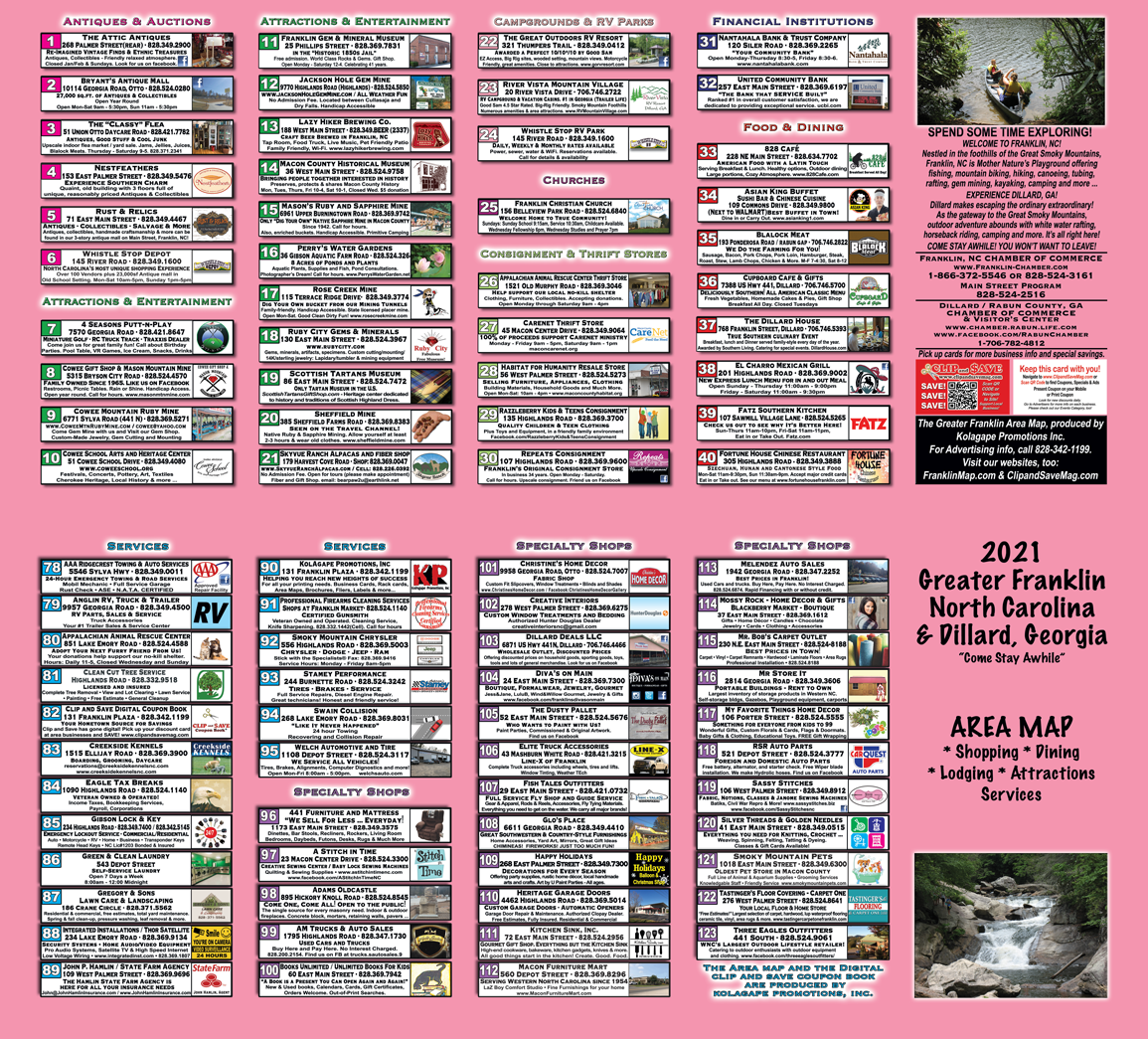 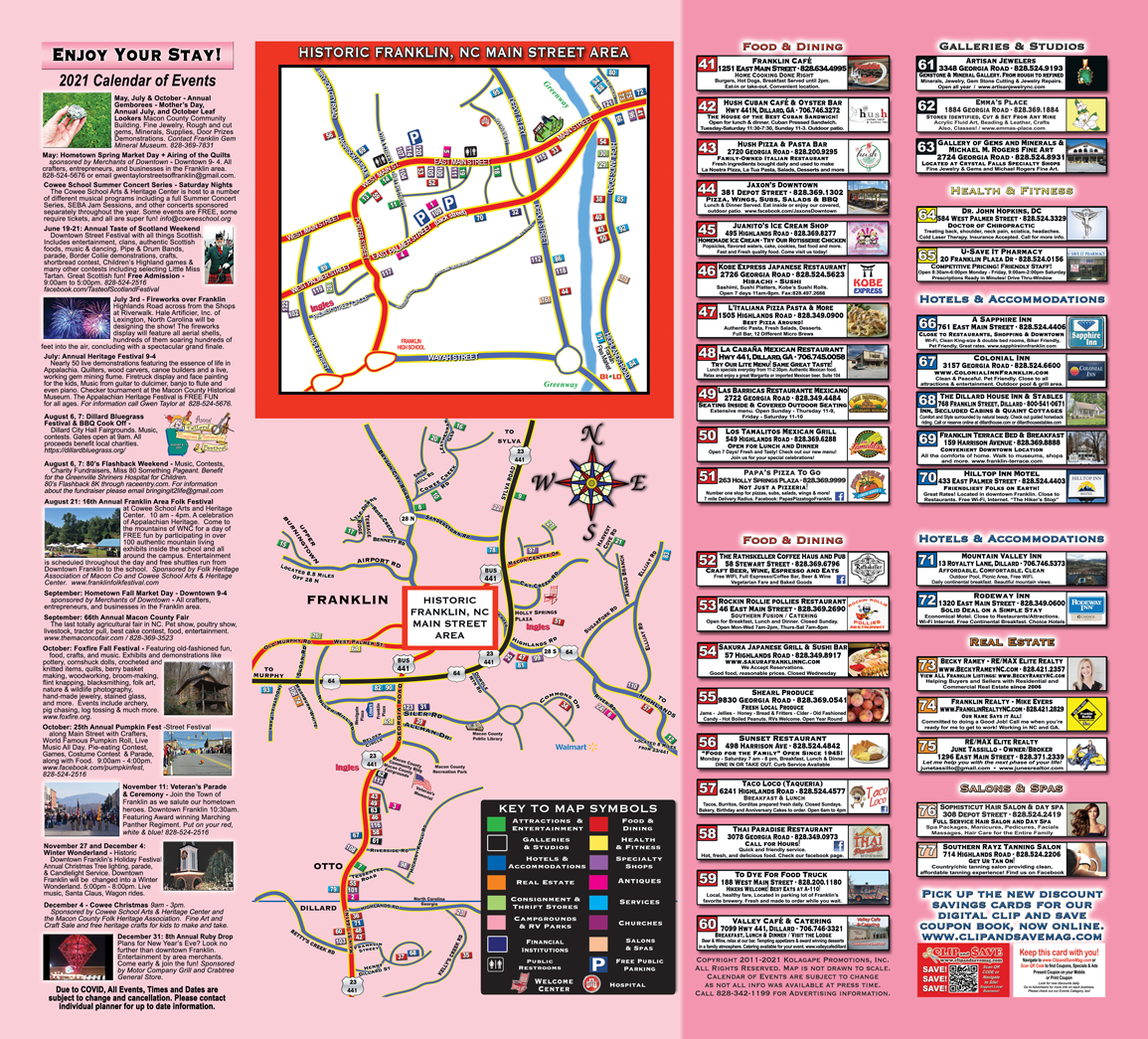